Rumors have begun swirling the internet about Microsoft acquiring video game talent to create Xbox exclusive games. Big names like EA, Valve, and others have surfaced as options. This raises several questions worth tackling. Why do Microsoft’s past purchases, like Rare, ended up feeling like failures? What is the best way to develop first party games? Finally, what should they do going forward?

Ah, the Past Can Hurt
The reality is that only those deep inside of Microsoft’s headquarters know the real reasons behind the struggles with past developer purchases. Rare was the first big salvo into buying an existing game company. The rumor is that Microsoft micromanaged Rare and sucked out all of the creativity and ability to create titles like Conker’s Bad Fur Day. This is far from the truth as Rare has released many follow-ups to their previously successful games like Zero (Perfect Dark prequel), Kameo, Conker: Live & Reloaded, Banjo-Kazooie: Nuts & Bolts, and even Viva Piñata. All were considered commercial disappointments. Rare even developed for Nintendo DS, as Microsoft did not have a handheld. This does not appear to be the heavy-handed actions as portrayed in internet comment sections. After the many commercial failures, it would not surprise to have “corporate” get more involved to make their investment pay off.

The big complaint appears to be that Microsoft failed to market Rare games like they did other titles. While this is a challenge, it seems that the audience that Microsoft succeeded in capturing on the Xbox did not connect with the style and games of Rare. The issue is more about quality and audience. Rare’s audience was a Nintendo audience. They were Nintendo fans that would purchase Rare games. They did not travel with Rare. With the Xbox having clearly established a fan base now with specific expectations, I would argue the purchase of any company should connect with this base above all.

The latest purchase for Microsoft, Mojang, is the creator of Minecraft. When purchasing a gaming company that produces sales on multiple platforms, Microsoft ends up with two choices. The first is to cut the profits of the purchased company drastically by limiting the platforms available. Option 2 is to keep the multiplatform approach and fail to secure any exclusives that Microsoft desires so drastically. Creatively, Microsoft has used this publisher to push out their characters, such as Master Chief coming to Switch Minecraft. They also can use Minecraft to create special DLC on Xbox to draw people who love the game to their system all while maintaining the multiplatform presence.

Creating Exclusives
The challenge with exclusives is that the games must be good enough to draw attention to the system. Each exclusive must have their own audience that will follow the game, or capture new audiences, to come to the console. Easier said than done. For more insight, let us look at the exclusive game champion, Nintendo.

Nintendo has a two-pronged strategy to creating exclusive content. The biggest advantage to this is that their games already have history and a following. The first prong is their in-house development teams. These teams have the talent and creators that have innovated the industry for years. They are responsible for the incredible titles like Mario 64, Odyssey, and Zelda: Breath of the Wild. These are homegrown teams. For the sports fan, this is like building through the draft. You recruit your talent. Develop your own idea and make it happen!

The second prong is the 2nd party developers. These developers are the studios that Nintendo collaborates with to develop a game involving Nintendo characters or ideas. Rare was one such studio as they worked on Donkey Kong Country, Goldeneye, and Diddy Kong Racing. Retro Studios, who has created Metroid Prime and several Donkey Kong games, is another notable studio. This allows Nintendo to use other talent and resources to create titles for their specific console without forcing their internal teams to do all the heavy lifting. For the sports fans, this is like getting a player through trades. You recognize a talent, trade your resource/capital for their skills and time to create a win for you. 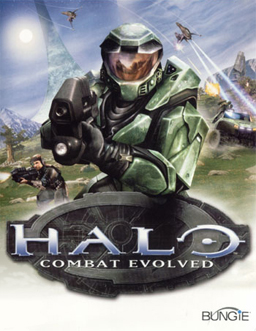 Microsoft has had success in collaborating with outside companies like Bungie. Halo: Combat Evolved single-handedly sold the Xbox to millions. Microsoft later bought up the IP and now has an internal studio “343” create future Halo games.

The problem comes when trying to name any other internally developed game for Microsoft. I am unable to do so off the top of my head. No, Kinect games do not count. Without a big hit, or new characters, it seems that Microsoft is not able to “draft” and develop talent internally.

Without building through the “draft” or “trades”, Microsoft has opted for the approach of “free agency”. Here they are going out and trying to purchase talent and bring it to their team. In the NFL this strategy is a sure way to kill your team. The sports joke is that the team that “wins” the offseason with purchasing players will often lose during the year. This has become the case for Microsoft as the Xbox is no longer leading the pack, but trailing Sony and looking at a strong attack from Nintendo Switch.

The Rumors
If Microsoft needs exclusives to sell their system then there are several options for them to pursue. The chosen strategy however is rumored to be to purchase a developer. The rumor vultures are circling EA, Valve, or PUBG Corp. Let us take a brief look at each.

The purchase of EA would bring one of the biggest developers into the fold. EA holds the rights to franchises like Mass Effect, Madden, FIFA, Titanfall, and Battlefield. Exciting new titles like Anthem and A Way Out look like new winning franchises. The major franchises all fit with Microsoft’s target audience and would plausibly be attractive exclusives to sell more systems. The big rub though is two fold. First EA is typically a multiplatform developer. To take Madden and render it an exclusive would garner more hardware sales, but cut the business from an EA branch down rendering the venture less profitable. The second problem is the astronomical price this would cost Microsoft. The big question then is would the return on investment be worth it. 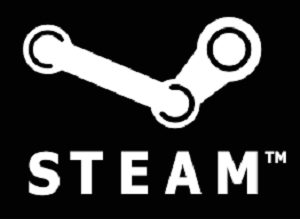 The second rumor is Valve. Valve seems like the perfect match as Microsoft has moved towards linking their marketplaces of Xbox and PC. This would allow Microsoft to own the PC market with Steam. The purchase would bring back great franchises like Portal and Left for Dead. The deal would also bring esports moneymakers like Team Fortress and Dota 2. Finally, Microsoft would have the keys to the gamer Holy Grail in Half-Life 3. These exclusives and domination of the PC market would make the purchase price worth every penny. The problem with Valve is that founder Gabe Newell is not a huge fan of Microsoft and appears to have no interest in selling. Even Microsoft cannot buy what is not for sale.

The third rumor is to purchase the developer of the recent video game hit Playerunknown, PUBG Corp. The issue here is that there are not tons of franchises to come along with the main hit. Secondly, this appears to be buying a multiplatform hit again. It would fit the Xbox audience, but would that really be worth buying at the peak of PUBG Corp.?

The Billion Dollar Answer
There are other developers that Microsoft could target, but I would love to suggest another option. I would propose Microsoft not buy a developer, but try to purchase franchises from companies like Fox and Sony did with Marvel movie rights long ago. One obvious target to purchase would be Konami franchises, as it appears Konami no longer wants to make games. As the only games Konami has made in the current generation revolve around Metal Gear Solid, Pro Evolution Soccer, and Yu-Gi-Oh. This leaves great series ripe for the picking like Silent Hill, Contra, Dance Dance Revolution, Suikoden and Castlevania. Structure the deals like the Marvel deals, where Microsoft would have to produce a game for the series once every five years to retain rights. Microsoft could keep the rights to any series that becomes successful. Sweeten the deal even more for the developer by giving them the right to take back the franchise in the 15th year of the deal. The catch in the lease agreement would be that taking back the franchise requires them to make it exclusive to Xbox and PC.

If this strategy were possible, Microsoft could quickly target many unused video game series of developers that are struggling or prefer to work on newer projects. A cash windfall could sustain a developer to take risks while Microsoft would retain the larger series. They could avoid having to shell out billions for just one company and use the money to secure multiple franchises.

Imagine the possibilities. Revive Portal. Revive Mega Man (Capcom will fail with Mega Man 11 as I believe they hate Mega Man). Bring back TimeSplitters or Red Faction. The classic franchises like Jackal, Shining Force, and Breath of Fire. Dare to dream, aka never going to happen, Microsoft could revive the Mother series or secure the rights to Half-Life.

Going this route would likely save them money, give them creative control, secure exclusives, and target specific games that are tailor made for their audience.

As for us gamers, we would win by getting new entries in some of our most beloved series.

One thought on “The Solution to Xbox Exclusive Drought”