As a thrifty retro gamer I am usually a little behind in my gaming purchases. Each game becomes an investment that is worth researching. With this in mind I will be sharing what I will be playing and following in 2018. For fun we will throw in a few dreams for 2018. Maybe with the power of positivity some will come true.

I will begin with a recap of last year. How did I do in my goals and wild predictions (dreams) from the previous year. Next will be the “top of the backlog” list. This will go through the many classic games that I am looking forward to finally playing this year. The third list is my “most anticipated” games. This list will be games that I will be following intently to see how they are received by fans and critics. Finally, we will do a wild dreams for this year. Let’s do this!

I aimed for many classic NES games that I had always wanted to take down. I finished a grand total of one game I had planned on playing. I even have proof right here. Blaster Master had been my unicorn game for so long. I had always dreamed of finishing it, but never able to put in the time. Now, in 2017, I made it a reality.

Several of the games on my list from last year are still high up on the backlog. Day of the Tentacle, Castlevania, and Mega Man Legends. I am dropping Xenogears for now from my list as it is not sparking my interest. Why? We will get to that later.

As for the new releases that I was interested in, Zelda: Breath of the Wild is still up there. It should be as many gaming outlets ranked it as their game of 2017. I was very skeptical of Super Mario Odyssey and did not have it on my list. After watching several Let’s Plays I am convinced! South Park, Blaster Master Zero, and Sonic Mania were generally well received. Hello Neighbor seems like a bust after such an interesting premise. Unfortunately, Ni No Kuni 2 was delayed to this year.

Finally my wish list. I got one! Pokemon is going to be bringing a full RPG to the switch. They had announced a Pokemon game for the switch, turning out to be Pokken Tournament. After all the dreams had been dashed Nintendo shocked the world at E3 and announced a Pokemon RPG for the switch. This is fantastic news. Speculation and rumors have since run rampant (real time combat, multiple generations, DLC, ect. ). Even just having the announcement is a huge step toward this dream!

Xenoblade Chronicles
While Xenosaga had its faults, they were still fun RPGs. The music alone was incredible. I used to listen to the sound track while snowboarding. When I heard about Xenoblade, I knew I had to try it out. A friend finished it, and I started to hear about 100 run times being normal. As a RPG fan, that sounded awesome. I finally picked up a copy this Christmas and now am off and running. Move over Xenogears, we are going portable. If it takes over 100 hours then this might be the only game I finish this year! 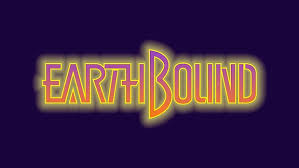 Earthbound
This is my next unicorn game. I still remember the first time I ever heard of Earthbound. My friend and I were in a Game Crazy. He randomly picked up Earthbound on the cheap. If only I had known, or had money. He played it through and raved about its crazy story. I knew at that point that I had to play it. The problem has always been finding a copy. When getting a new 3ds for Christmas I immediately picked up Earthbound. My breaks at work for the next year are set with Xenoblade and Earthbound.

Zelda 2
With all the Zelda talk this last year, I wanted to get in the mix. Unfortunately, I cannot afford a Switch yet. Maybe I will steal Crosstixs. There are still several games in the Zelda in the series that I hope to beat. The odd duck of the series fascinated me, like Super Mario Bros. 2. I tried it for a few minutes when I was slogging through Hydlide. Maybe Hydlide made it look like a 10 in comparison, but it jumped my list.

Castlevania
With a backlog, just because I haven’t played it does not meant it went away. I still hope to take down this legendary game this coming year. Having played so many games that have utilized elements from this classic, it is crucial to see where they all draw their inspiration from.

Mega Man Legends
As with above, Mega Man Legends is still high on my list. Interestingly enough, I am not including Mega Man 11 in my anticipated games. The reason is that I have seen that art style from Capcom with Mega Man before. Mega Man games flop every time they steer too far from the core of Mega Man, complex beautiful story. Just kidding! Game play and level design! When the game play mechanics are off even a tiny bit the entire game suffers and becomes mediocre. Mega Man 8, Mega Man X7 were both prime examples of this. I am very skeptical that Mega Man 11 will be even decent. As such, I am going back to previous Mega Man games.

A Way Out
I must be honest that I would not even be aware of this game if it was not for Crosstix. Usually, the big hype action games do not get my attention. Yes, I am aware of Uncharted, Metro, etc… but not enough to investigate. Crosstix’s giddiness with this game is slowly starting to get me. I love co-op games. Being a game built from the ground up for that exact purpose sets it apart. Secondly, the setting of breaking out of prison is something fresh for me. My imagination is running wild with getting a Prison Break co-op game. That possibility has me thrilled too! Just not as quite as much as Crosstix.

Ni No Kuni 2
All that I said in 2017 still holds true. This game looks beautiful even though they lost Ghibli. The first game was fantastic with a unique with its story. Ni No Kuni 2 does have some concerning information. They are now on their second delay, scheduled for a March release. The game’s story seems to be missing the unique connection (copying other RPG’s with a king’s story). Finally, they have removed the entire battle system. RPGs often update and adapt battle systems to provide “new” features. The first game featured a Pokémon like Familiars that fit pleasantly into the themes and style of the game. Losing this component, instead of honing it, I feel is a mistake. I hope they prove me wrong. Regardless, I am still looking forward to returning to Ding Dong Dell.

Last of Us Part 2
I never planned to play The Last of Us. A friend insisted I borrow it. Somehow, I still have it. It sat on my shelf for an extended period. I cannot remember what led me to try it, but the second it went in my PS3 it did not come out. I made any excuse to continue playing. The game play was fantastic, but it was the story that did it. I became an addict and I want my next fix of Last of Us!

Kingdom Hearts 3
I have yet to finish a Kingdom Hearts game. They have a unique hook and engaging worlds. It has always been the combat that has limited my interest. This does not look changed in the trailers for the game. I was about ready to turn away when I saw the clip of Sora in Toy Story. The graphics were incredible. In that moment I was sold. To infinity, and beyond!

Forgotton Anne
I wanted to include at least one indie game on my list. There are many intriguing possibilities. None captured my attention until I beheld Forgotton Anne. The art direction is gorgeous, mimicking a studio Ghibli movie. The story though is what moved this one to the top of my indie list. In it you play as Anne, an enforcer in the Forgotten Lands. The mysterious lands are hope to all the forgotten items in the human world. A rebellion breaks out and threatens to stop you from being able to return to the human world. If the game play holds up then this could be a surprise hit.

Metroid Prime and Pokemon RPG are shown at E3 and release by early 2019.
When Nintendo announced these two games, it was a shock. Both franchises were unlikely to put a core game on the Switch. The reality though is that both games are likely years away, like when Nintendo announced Super Smash Bros. for the Wii U. Development had just begun. The cycle is likely the same. Rest assured Nintendo fans, Nintendo has a good track record of following through on their game announcements.

Pokemon RPG is an open world and will release DLC for each region so we can catch them all!
What will the Pokemon RPG be? They could go simple and essentially remake the original for the console audience. The other route is to do a new region so they can get sell new Pokemon. The dream would be an open world RPG like Breath of the Wild that allows you to live the trainer experience. Instead of additional shrines though, DLC could be new regions added on. The Pokemon fan’s dream would be to have all your Pokemon in one place, on the Switch. This will likely never happen as few Pokemon games have had multiple regions available for fans.

Valve announces Portal 3 or Half-life 3
Great games. I want a sequel to them. Valve seems very resistant to doing anything with a 3 in it though. I will continue to dream the dream.

Mega Man X9 and Mega Maker for Switch
The last several X games were horrible to say the least. They went with a pseudo 3d environment that was not properly implemented in the last few entries. Metroid Prime was able to pull it off, but Capcom cannot seem to grasp what the keys to a quality Mega Man game are. They need to do what was done by Inti Creates with Mega Man 9 and go back to the roots. Reviving the 16-bit style in light of Shovel Knight’s success would be smart money. I am not confident Capcom will be smart. If they were, they would have shut down Mega Maker and come out with their own (or purchased the design from the fans). It would be great to get that ported to the Switch and fleshed out with Mega Man X backgrounds and mechanics in addition. I guess the dream here should be pulled back to Capcom not screwing up Mega Man.