So many games and so little time. New releases for PC on Steam, GOG, then comes the AAA titles for Xbox, PS4 and Switch. Grab a few games for your mobile. It only takes a few short weeks to build up a huge backlog and run out of cash. How to decide which games to pick up, and then which ones to give priority?

The obvious answer here is to read reviews and get on sites like metacritic. It takes only a few minutes to discover if the game has had a positive reception. A couple of reviews from trusted critics and you know exactly which ones to pick up right? Here is where I think most gamers go wrong. They think that simply getting quality games means it’s a good decision. Many of these quality games though are probably sitting in your backlog that you just can’t get into. Others get huge amounts of cheap games from Steam sales and retro used titles. With no motivation or the game just does not catch you when you start it up, then it gathers digital dust.

The backlog conundrum revealed a common blind spot I notice in myself and others gamers I talk to. Come and we will open your eyes to two keys that can help save you time and money. 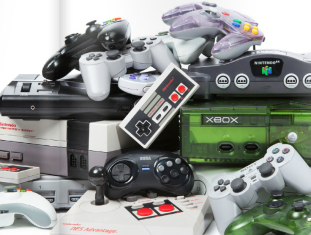 Roughly a year ago I heard about a brand new game coming out called The Witness. It only took a few pictures and a small description for me to know that this game would become an addiction for me. I waited until a perfect Humble Bundle and then snapped it up. I did not play it right away, but waiting until the right time before jumping in. The beautiful artistic landscape, intricate puzzles, and story to imagine drew me in like a moth to a flame. I devoured puzzle after puzzle and now stand at the precipice completing the game.

How did I know this was the game for me? What made it the right time? These two elements are keys that most gamers leave out when discerning which games to spend their hard earned money on. Yet, these pieces help give the motivation to actually work on the backlog of games sitting on your computer and shelf. If you use these Jedi tricks I am about to teach you well then it can save you a great deal of money as you will know when and what is right for you.

Are you ready for the red pill?

The core of it is knowing yourself. It sounds so simple but reflection is not something we usually engage in. Stimuli is the name of the video game. Out at a park, and you are playing a game on your phone. At home, console. In bed, and it’s a portable game. We do not give ourselves time to contemplate who we are. When it comes to gaming this does not need to be a journey of epic proportions, but one that can aid you greatly. In reflecting on my own tastes I know which games I like and why.

Taking the previous example of The Witness, I knew I would enjoy the game because I enjoy puzzles and thinking hard about challenges. I knew I would like the premise because I had enjoyed similar style games like Myst. I liked the art direction. All of this confirmed to me that this game would fit my preferences. With games like Mario, or Zelda, or Call of Duty, or Halo, you have probably played the series and know if it will be something you enjoy. But when it comes to a new title it can become difficult to decipher if the game is right for you.  Reviews and Metacritic help reveal if the game is quality and what the game is like.

Then we have the conundrum of a game that is outside your gaming target zone. Enter Shovel Knight. The game got rave reviews and constant praise. It was compared to some of my favorite games like Mega Man. Yet, there was something about it that seemed off or weird. I hesitated and I trusted that. The solution to games that are outside your normal preferences is to simply test them out at a friend’s or try a demo. Borrow a copy of it and see if it really works for you. I was in-between filming a few rounds of Last Boss Gaming episodes and Crosstix had a copy of Shovel Knight sitting there. I played a few levels and all my hesitations quickly evaporated. Now I know that this will be my next purchase. 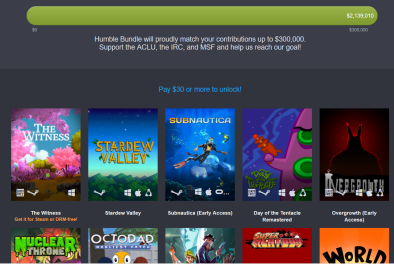 Stardew Valley is another example for me. I have never been into Animal Crossing, which is cited as the most similar game. Simulation RPGs have never been that interesting to me. I ended up getting the game. Why? Well, I got it in a bundle that I was already purchasing. I was comfortable paying the bundle price for just The Witness. There happen to be 40 other games included so it all worked out. The result though is that the game sits in my backlog because while I know it is a good game, it is still not my style of game.

The second half of the Jedi trick is knowing the right timing to play a game. For many that sentence is going to sound crazy, so allow me to explain. If you are anything like me then after a long intense loved game it is hard to jump into another right away. If games are relationships, it is hard for me to go from long term game relationship to long term game relationship. I need a rebound game. Or a quick fix type of game before I am ready to commit again. I used Mini Metro as such a game before jumping into The Witness. Knowing how you respond to games can help you map out your timing with games so you do not end up just sitting there staring at your backlog. Talking to other gamers, they use games with match play to bridge the longer games. Some examples would be Starcraft 2, Overwatch, Smash Bros., Mario Kart, Call of Duty, Halo. The balance here is to find a game that you can play for a week or two at most before transitioning into another campaign. I find that using transition games helps to cleanse the palate before the next game.

By planning out my gaming, from AAA campaign to transition game, also helps me in when to purchase the next game. I personally use sales and used gaming to save me money for my video game addiction. This saves my wallet and allows me to get twice the games for the price. By planning out my games, I can easily see that an impulse by of Skyrim or Witcher 3 is not going to work right now because I have no time or energy to play it. As I clear out some of the larger titles on my log, then I can begin to see when I might fit in the next 40+ hour game.

See the common blind spot it us gamers. Take a few minutes and think about what games you like and why. Be a platformer, or a FPS or RPG gamer. Once you know what types you generally like then plan out your gaming. No need to be anal about it and make extensive lists, but think about what games you use to transition. Then when you finish your next big AAA title, follow it with a transition game. Cleanse your palate before dropping another video game morsel.  When your ready and have decided the next video game relationship you want, then dive in head first. Those tricks will save you time, clear much of your backlog, and your wallet will thank me.

One thought on “The Gamer Blind Spot and the Backlog”