TB posted his most anticipated games of 2017 and now, it’s time for me to do the same. What? It’s already February and I’m like a month late? Maybe I’m doing this for Chinese New Year, huh? You think of that, snarky commenter? I thought NOT!

I’ll follow the same rules TB laid out in his post. If you haven’t read that yet, you can check it out by clicking right here: TB’s 2017 Play List

Without further ado, here are my most anticipated games of 2017:

Last year, I did my review for Suikoden and listed it as one of my favorite classic RPGs. The castle-building, collect-em-all aspect of the game is just so much fun and while many games over the years have copied that (Skies of Arcadia, Radiata Stories, Bravely Default…) none have nailed it quite like Suikoden did. Except, perhaps, it’s often more praised sequel, Suikoden II.

I’ve actually started this already, so it may be a little bit of a cheat, but I bounced off of it in November about halfway through. Nothing to do with the game being bad, I just wasn’t in a mood to finish it. So, one of my first goals for 2017 is to finish Suikoden II and really see how it compares to its predecessor.

TB mentioned in his article that he has a thing he calls his unicorn game. Basically, this is the game that he’s always wanted to finish but never has. When we first started Last Boss Gaming, he asked me if I had any games like that and I couldn’t think of anything then. Now, I know that I don’t have just one, I have five.

It is my gaming shame that I actually own the entire Wing Commander series (five main games, five spin-offs and every expansion) but have never finished a single entry. These games are hard as hell and hold up surprisingly well, particularly 3-5. Now, all of my original disks are either wrecked or lost but thankfully, GOG has the whole series for next to nothing so I am setting my goal to finish, with a good ending, at least one Wing Commander game before the end of 2017.

We’ve done more than a few games over on Last Boss Gaming since we launched but my personal favorite so far was Contra. I may not have been very good (read: sucked) at it but I love that brand of fast-paced co-op action. So for 2017, I’d love to rope TB into carrying me through the sequel, Super C. Maybe I’ll practice in advance, this time around… Maybe…

This is the only one I’ll steal from TB, I promise. I have long since been a lapsed Sonic fan. As I mentioned in our playthrough of Sonic the Hedgehog over on our Last Boss Gaming channel (here’s a link!), I grew up with Sonic back on the Sega Genesis and stuck with him all the way up through Sonic Adventure 2. Until only very recently, I was one of those fans who vehemently defended the Sonic Adventure series and I still find myself occasionally singing Escape the City from SA2.

That was definitely the beginning of the end though and after Sonic Heroes, I stopped buying Sonic games, almost completely. I’d play the occasional Sonic Rush game if a friend lent it to me and I played Sonic Generations for the excitement of that one guy on Steam’s streaming beta who watched my entire playthrough without any audio (you’re a weird person, my friend…) but I’ve been disillusioned by Sonic for a long time.

Sonic Mania may change that. I don’t want to get my hopes up too much, Sega has let us down many, MANY times before. But Sonic Mania has a lot of things going for it. The main thing is that it’s being developed by Christian Whitehead, the Taxman, himself. If you don’t know who that is, it’s because you’re a sane person who doesn’t get super excited about rom hacks.

Basically, Whitehead was a fan who made rom hacks of Sonic before helping to create the iOS ports of Sonic CD and Sonic the Hedgehog 2. Not only did he manage to rebuild these games completely from scratch and do them well, but he also managed to complete some unfinished levels from Sonic 2 to much acclaim from fans. If anyone can do a modern day Sonic game, it’s this guy and Sega has actually backed him to make a full fledged sequel. If there has ever been a Sonic game to get hyped for, it’s this one.

No, I am not one of those people who think this is going to be the second coming of video game Jesus. Bioware is a great company but they’ve burned us before. Yeah, that’s right, Bioware, I pre-ordered Dragon Age 2! I REMEMBER! Not to mention, Mass Effect 3 proved that they have a tough time concluding stories these days.

That being said, I don’t regret any of my time with the Mass Effect series. I had fun with all of it, even 3. Hell, I even spent quite a bit of time in the surprisingly fun multiplayer. So when they showed off the fast-paced gameplay of Mass Effect Andromeda, I was ready to board the hype train. I may not have bought a VIP ticket here but I’m on board, at least. 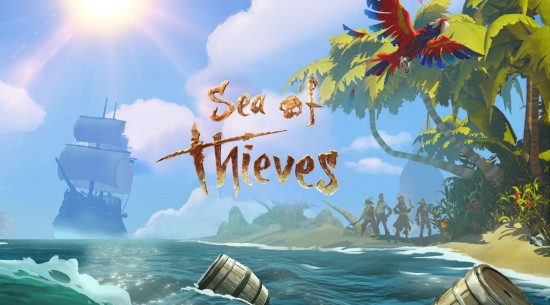 Younger gamers don’t understand this, I’m sure, but to gamers from the 16-bit era, the name Rare means something. Donkey Kong Country 1, 2 and 3, Golden-Eye, Banjo-Kazooie are just a couple of games showing off this British developers talent. That was all before Microsoft bought them out and they lost a lot of their major talent, including their two founders, Tim and Chris Stamper. After that, it was all Kameo, Perfect Dark Zero and Kinect Sports for them.

It seemed like Rare was down for the count, relegated to making terrible mini-game compilations until the end of their days until it was announced they were working on a new major title called Sea of Thieves… and it actually looks pretty good. I’ve got my fingers crossed for a Rare comeback story.

They actually announced late last year that this long, LONG awaited prequel to Star Control is actually coming out in 2017. Of course, we also have heard literally nothing about the game since then so who knows? More than its actual release though, my reason for putting it on my wishlist is because I hope and pray that this will actually be good.

I wrote an article last year about Star Control 2 (here) and how it’s one of my favorite games of all time. That’s quite a bit to live up to and there isn’t much going for this game. First of all, it will be the first real Star Control game since the horrendous Star Control 3 back in 1996. It’ll be the first GOOD Star Control game since number 2 in 1992, if it can manage it. None of the original team is working on it (I guess they’re all too busy beating the Skylanders horse dead into the ground) and Stardock is pretty famously tight-lipped about their games pre-release.

Then again, while Stardock’s record isn’t spotless, they’ve released some pretty great games as well such as Sins of a Solar Empire and Galactic Civilizations 3. I’m not expecting something better or even as good as Star Control 2. It just isn’t going to happen. But if I can get another fun, free-roaming space adventure even in the same vein as 2, I’ll be ecstatic.

I have spent more hours in Borderlands 2 than almost any game I’ve ever played. My buddies and I used to play every week for a long time and I’ve clocked several hundred hours in it. By now, I’ve probably finished the game at least six times plus all the DLC. I’ll admit it, Tiny Tina’s DLC had me almost in tears.

Despite my love for Borderlands 2, the game has some pretty intense flaws. I don’t expect much from the story but Tales from the Borderlands proved that they could really have something if they put in some more effort. It’s not like 2 and Pre-Sequel were bad, they just didn’t stand out and most of the side-quests aren’t anything more than fetch quests. Also, the loot system as it currently stands is cool near the beginning of the game but you quickly get to a point where you just pick up junk over and over again.

It’s far from a done deal but Gearbox has the tools to fix these issues and more. Diablo 3 has a loot system that would work wonderfully just copy and pasted into Borderlands. The ending of 2 leaves the arena wide open for them to do whatever they want with the storyline. Throw in some more cool customization options and some clever character abilities and Borderlands 3 could be one of the greatest games in years.

There you have it. Those are the games I want to play in 2017. What do you think? What games do you want to see in the new year? Let me know in the comments.